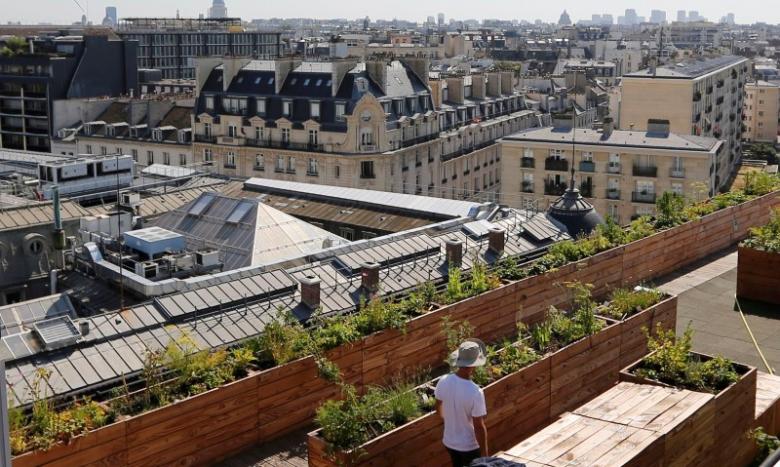 A man walks between planter boxes on the 700 square metre (7500 square feet) rooftop of the Bon Marche, where the store’s employees grow some 60 kinds of fruits and vegetables such as strawberries, zucchinis, mint and other herbs in their urban garden with a view of the capital in Paris, France, August 26, 2016. REUTERS/Regis Duvignau

Le Bon Marche and La Grande Epicerie, are two well known luxury stores who have dabbled in urban agriculture. They both have turned their joint rooftop space into an urban garden where those who are employed by the stores can grow fruits, vegetables and herbs in their free time.

“In the past months, the LVMH-owned adjoining stores on Paris’s residential left bank have built planter boxes on a 700 square meter (7,500 square feet) roof area, where the store’s employees grow 60 or so kinds of fruit, vegetables and herbs such as strawberries, zucchinis, mint and lavender.

The stunning views over Paris and the chance to learn about gardening have attracted 200 of the stores’ 1,500 employees, selected by lottery, and put the stores at the forefront of the city’s urban gardening drive.”

To learn more about this story, visit: “Reuters.com“