China Tells Troops to Put Down Their Guns, Take Up Their Shovels and Plant Trees

Agriculture Ruined Our Relationship with the Earth, Forest Gardening Can Fix It

The Eden Project – Giant Biomes in Cornwall, England Home to Over 1 Million Plants!

This Kid Kinda Has a Point …

Why Joining the Urban Agriculture Movement Will Make You Healthier

Why Cant All Supermarkets Grow Food On The Roof Like This One Did?

He Started With Some Boxes, 60 Days Later, The Neighbors Could Not Believe What He Built

One of the questions that I often get and have had myself for a while is where can you buy non-gmo seeds or seeds from companies that aren’t owned by Monsanto.

Monsanto owns something like 90-95% of the seed companies out there. So the company might not be selling genetically engineered seeds, the money is still going into the pockets of Monsanto. I’m not down with that.

Here are some seed companies that I’ve either worked with or have been highly recommended by others.

SeedsNow is a family owned business right in Los Angeles that provides 100% Pure GMO-FREE Non-Hybridized/Heirloom seeds. All their seeds are raw and always un-treated.

Without getting into the specifics, the seeds they have are the most natural most pure form of seed you can get.  Knowing that their site doesn’t offer any hybrid seeds is a really good thing for me.  With their heirloom open-pollinated varieties I know that I’ll be able to save my seeds after harvest. Can’t do that with hybrid or GM seed!

One of the things that I like most about SeedsNow.com is that they have seed sampler packs starting out at  99¢. At those prices you can afford to try growing a lot of different things.   A lot of people don’t know this but their “sampler” packs actually have the equivalent amount of seed (or more) than regular sized packs form other companies.

They have a huge variety of NON-GMO seeds for you to start growing your own food. Definitely a site worth checking out:  www.SeedsNow.com

You can get 10% off your SeedsNow.com purchase by using the code URBAN10.

I also contacted, Botanical Interests to find out where they source their seeds from and their stance on genetically engineered seeds.

This is the response that I received from one of their representatives: 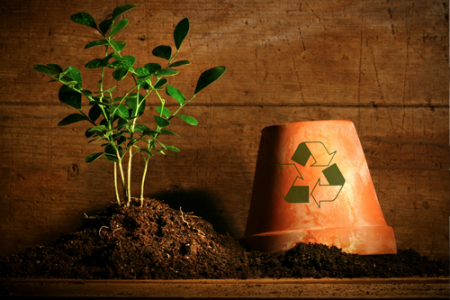 Companies that care as much as we do

For this reason, these are companies that I can support and get behind. There are some seed companies out there that sell a small amount of Monsanto seeds (less than 10%), but it’s not like they are weening themselves off and going strictly non genetically engineered seeds.

I know that this is a business decision and much more goes into than I likely know. It’s easy for me to sit here on my laptop and spout off, but it takes action for things to change. Supporting these giants, as small as that support may be, will keep them growing and alive.

When it comes to the choices and purchases that we make, it’s best to know the source of where our stuff (be it food, clothing, seeds or whatever) comes from and support what we believe in. We cannot pretend to be blind to what really goes into and the results of our purchases.

What other non-Monsanto owned, non-GMO seed companies do you know of?

281 Comments so far. Feel free to join this conversation.