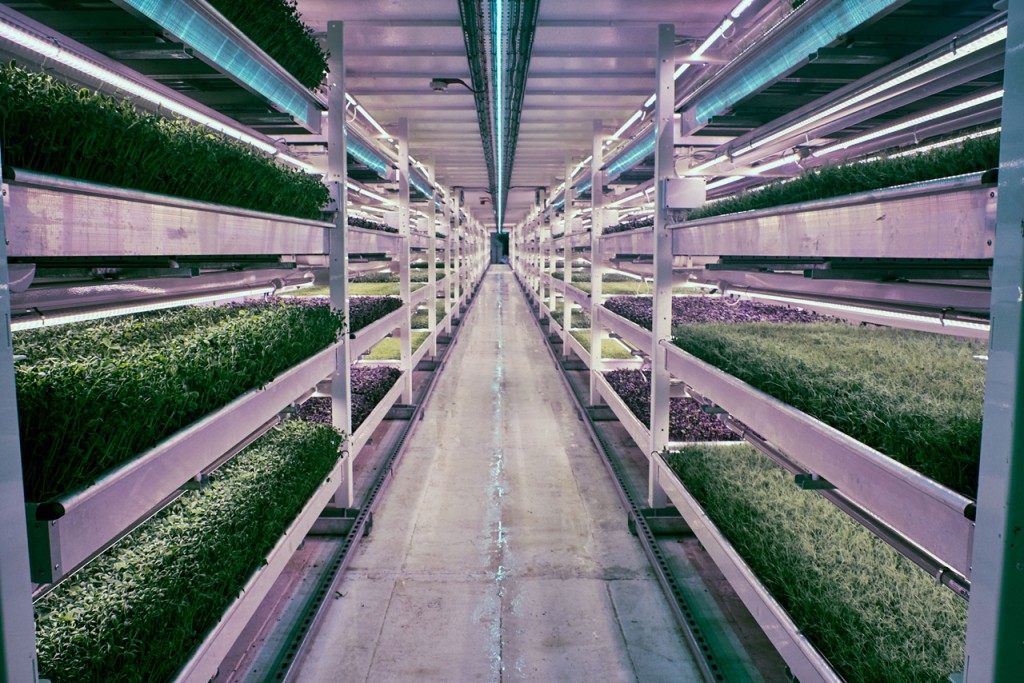 Deep below the streets of London, something is growing in tunnels that once kept people safe from World War II bombs. One hint: It’s leafy.

An old bomb shelter is also pest-free, as well as weather free, and there’s never a frost. That means no pesticides. And because the farm is hydroponic, all the nutrients remain in the tanks, instead of running off into the soil and then into rivers.

Growing Underground is a company that makes “kilometer zero” eating possible in London, by growing salad in LED-lit, underground factories right beneath the customers’ feet. 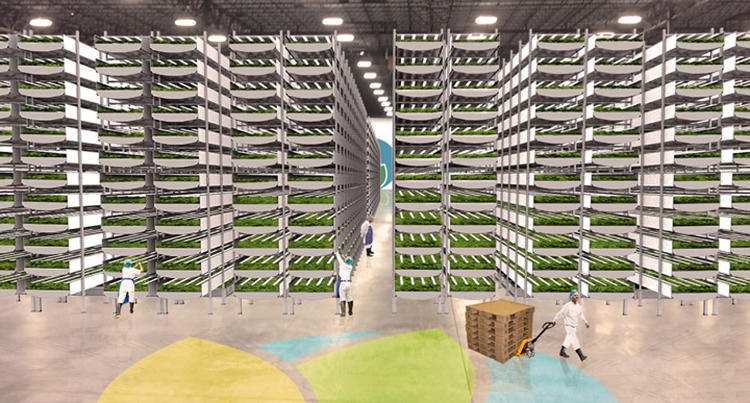 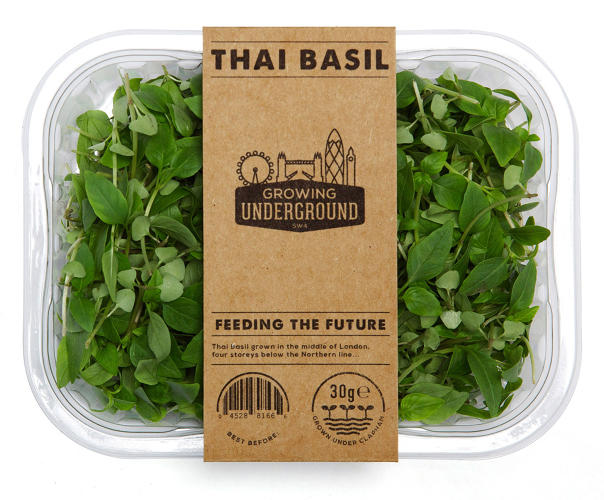 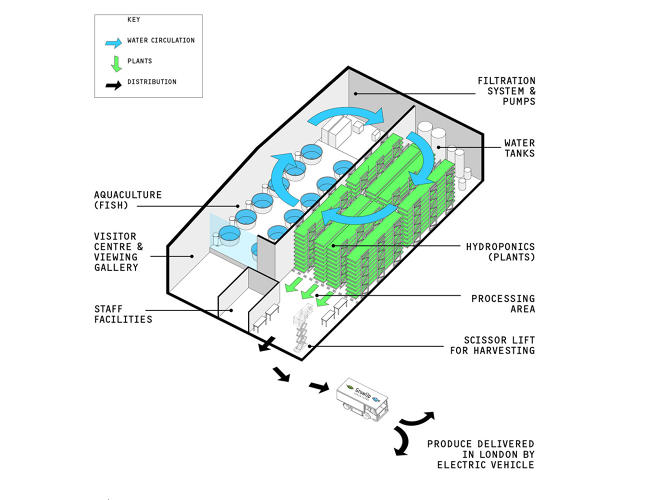 They grow year-round on racked beds that look like warehouse shelving. Best of all, the process uses 70% less water than regular surface farms. 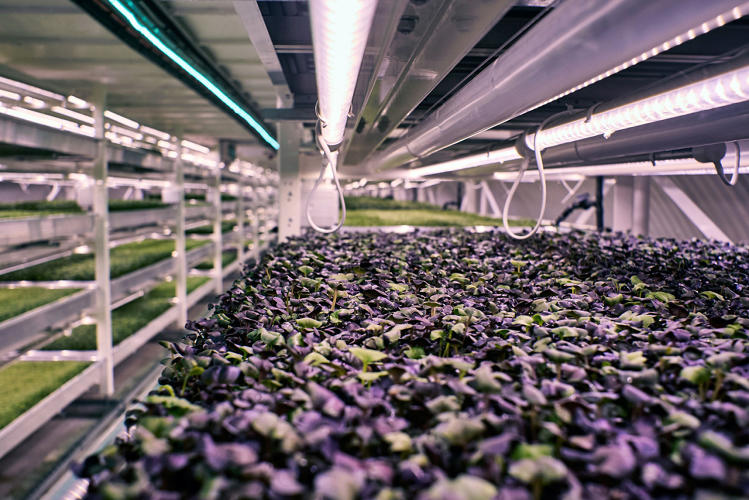 Being underground has many advantages. One is food miles, or the lack thereof. Transport makes up a significant proportion of the cost of food, both financially and environmentally, so growing in a city center cuts that cost almost to zero.

2 Comments so far. Feel free to join this conversation.