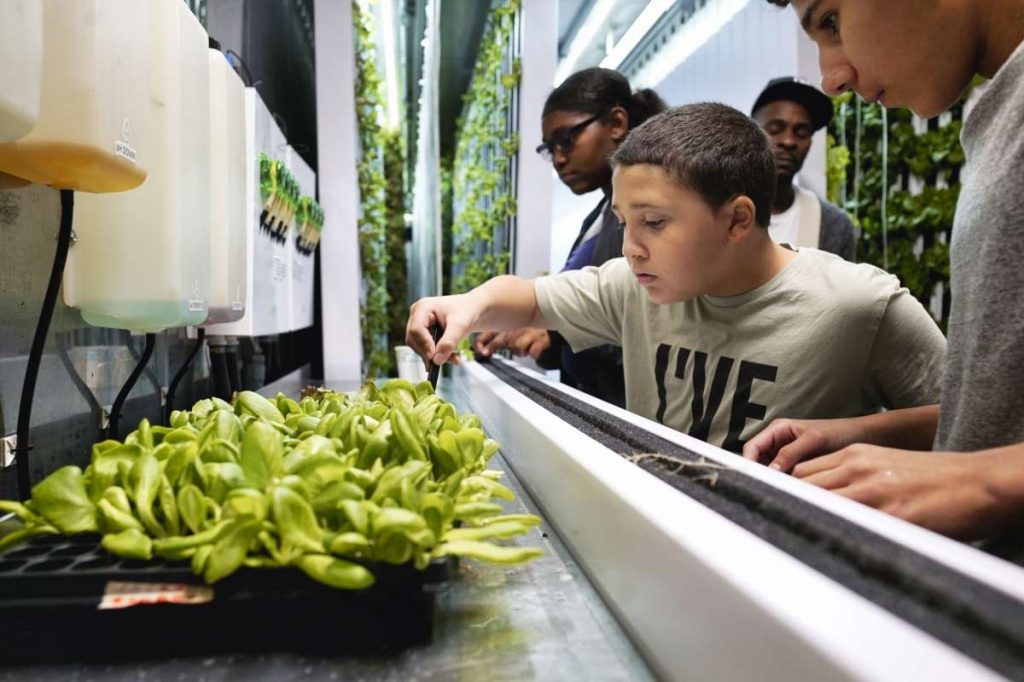 The equivalent of a 2-acre farm that grows 500 heads of lettuce a week hides inside a 40-foot-long metal box in a parking lot near the police station in downtown Troy.

The container farm, as it’s called, or Freight Farm, after the Boston-based company that first introduced hydroponic growing systems in repurposed shipping containers, is a project of the Boy & Girls Clubs of the Capital Area. The $90,000 container farm was a gift from the SEFCU credit union, which for the past two years has operated a similar container farm at its offices near the Harriman state office campus in Albany.

Launched over the summer and overseen by two adult staffers, the farm gives young people who participate in the Troy club’s after-school programs hands-on experience planting, growing, harvesting and selling fresh produce. Although the farm now grows only greens, including two types of lettuce plus kale and Swiss chard, seeds are available for a variety of items, from radishes and beets to herbs and flowers. They are being considered for future crops, according to the club.