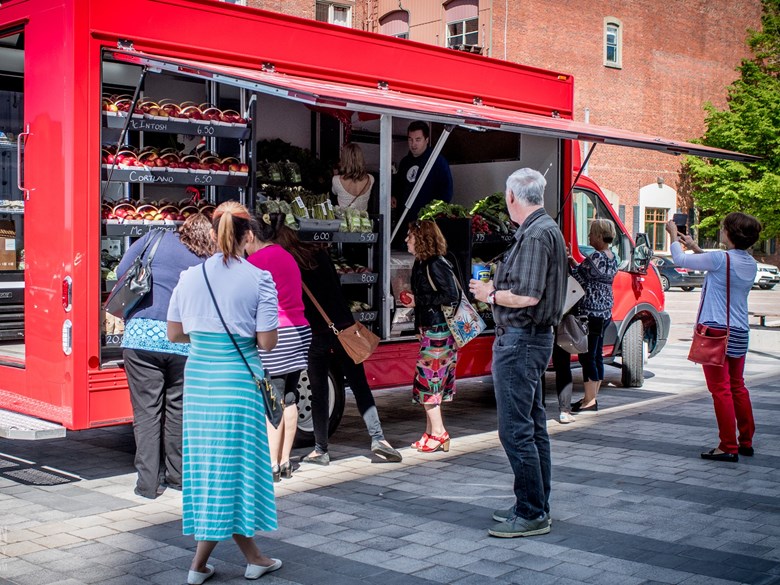 Imagine hearing that familiar summer song and looking up to see a truck rolling up your block. Kids flag it down, only to find vegetables.

A mobile farm stand truck might be less exciting to kids than an ice cream truck, but the prospect of getting one in West Sacramento has proponents of urban agriculture pretty pumped up.

Here’s how it would work. Several urban farmers in West Sacramento would sell their produce through a refrigerated truck that stops in neighborhoods where residents face barriers when it comes to affording fresh, local produce.

Several areas of West Sacramento are designated as food deserts by the USDA.

The project is Sara Bernal’s brainchild. She’s the program manager of West Sacramento Urban Farms, which is part of the Center For Land-Based Learning, a non-profit based in Winters that runs farmer training programs. Bernal oversees 10 start-up farmers working on “incubator” plots that were formerly empty lots.