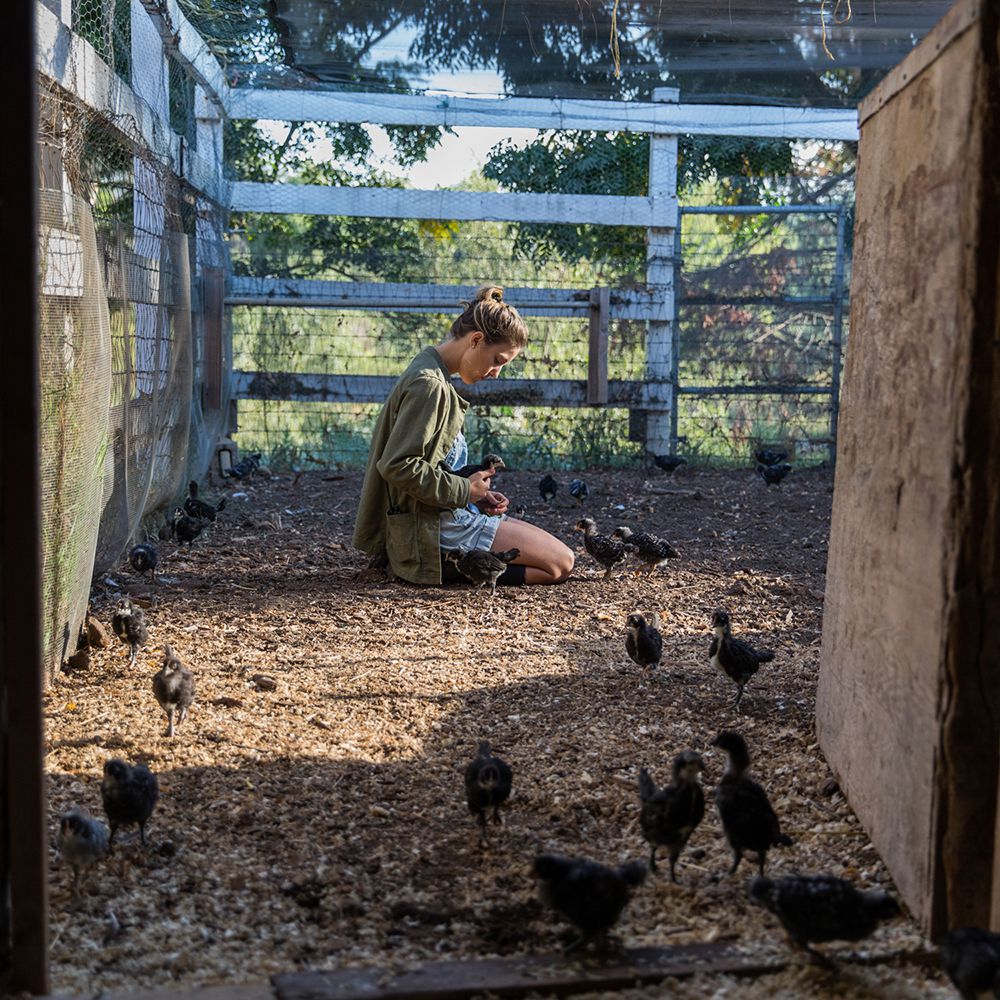 Eight years ago, after they were evicted from their Santa Monica apartment, John and Molly Chester bought 200 acres of land just outside of Los Angeles with the dream of becoming full-fledged farmers.

But 2011 would mark the beginning of a six-year drought, and the property was already eerily reminiscent of Oklahoma during the Dust Bowl. Instead of nutrient-rich dark soil, John Chester, a director, and producer, would hold dirt in his hands that resembled sand; it would blow like dust into the air as it ran through his fingers. The soil was so dry and clay-like, Molly Chester, a personal chef, could drop a fistful onto the ground—and it would not break.

Today, the Chesters grow 75 varieties of stone fruit, avocados, and citrus on the Moorpark property, named Apricot Lane Farms. They’ve found success not just as farmers, but as documentary filmmakers. They’ve chronicled their journey in The Biggest Little Farm, a film that has earned wide praise and a Rotten Tomatoes fresh rating of 90 percent and landed the Chesters an interview on NPR’s “Fresh Air.”