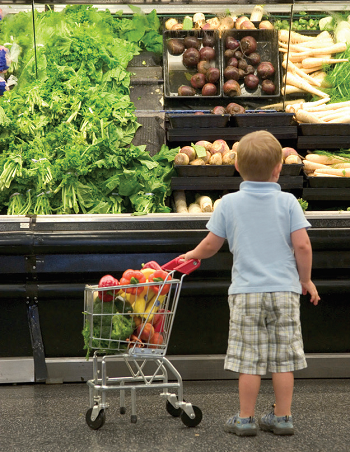 What is interesting about this younger generation, who are stereotypically labeled as harsh critics of our current food production system, is that on the surface most only seem to want to voice their dissatisfaction vicariously. It is easy and safe to go after genetically modified apples and Roundup in your Cheerios via your Facebook and Twitter accounts. What is becoming increasingly apparent is that there is a much, much lower percentage of this next generation that actually wants to “get their hands dirty” when it comes to becoming a part of the solution to the problem that they are essentially creating.

How bad is that problem?  Well according to a 2016 National Science Foundation survey, the percentage of adults who now find GMOs dangerous was at a staggering 79 percent. That is up dramatically from numbers from similar surveys taken in the previous years of 2010 and 2000.  Want more proof? A study last year by the International Food Information Council concluded that six in 10 consumers tagged food sustainability as important to them. The better question may be, do consumers really know what sustainability even means?

For something that is so dangerous and so important you would think there would be more bodies and minds actually flocking to the industry of agriculture to “transform” it more to their liking. Right now, the numbers are showing that not to be the case. In 2016, an industry study by food and agriculture conglomerate Land O’Lakes found that only 3 percent of college graduates and 9 percent of millennials have or would consider a career in agriculture. Such numbers, if true should not just be concerning but instead alarming. If according to recent statistics it takes 15 percent of the American workforce to produce, process and sell our nation’s food and fiber, then Houston we have a problem. A math problem.