“The Giving Garden was created when Ian learned there were children at his school going to bed hungry. Wanting to make a difference for his classmates, Ian decided to take action. He raised funds and solicited volunteers to construct a raised bed garden and small fruit orchard at his elementary school to provide free access to fresh produce for anyone in need in his community. Ian began to realize that many students didn’t have the knowledge to prepare the produce they were receiving from the gardens. He began offering cooking demonstrations and provided sample recipes to help teach the students that healthy food can taste good. He didn’t stop there. Ian has continued to install gardens in local schools and communities in the Austin area. In the spring of 2016, his sister, Addison, joined the fight against hunger by developing the Frutas Frescas Orchard Program. The siblings have partnered with each other to help fight hunger in their community. In 2016, Ian became part of the Katie’s Krops garden program. He was able to build a garden in his own backyard and donates 100% of the produce to local hunger relief organizations or to families in need. In 2016, Ian grew and donate 869 lbs of organic produce. He reached his goal of growing and donating 1,000 lbs of organic produce in his backyard Katie’s Krops garden in 2017 and will exceed his donation totals in 2018.”

LEARN MORE ABOUT IAN AND HIS GARDENS: https://iansgivinggarden.weebly.com/about-us.html 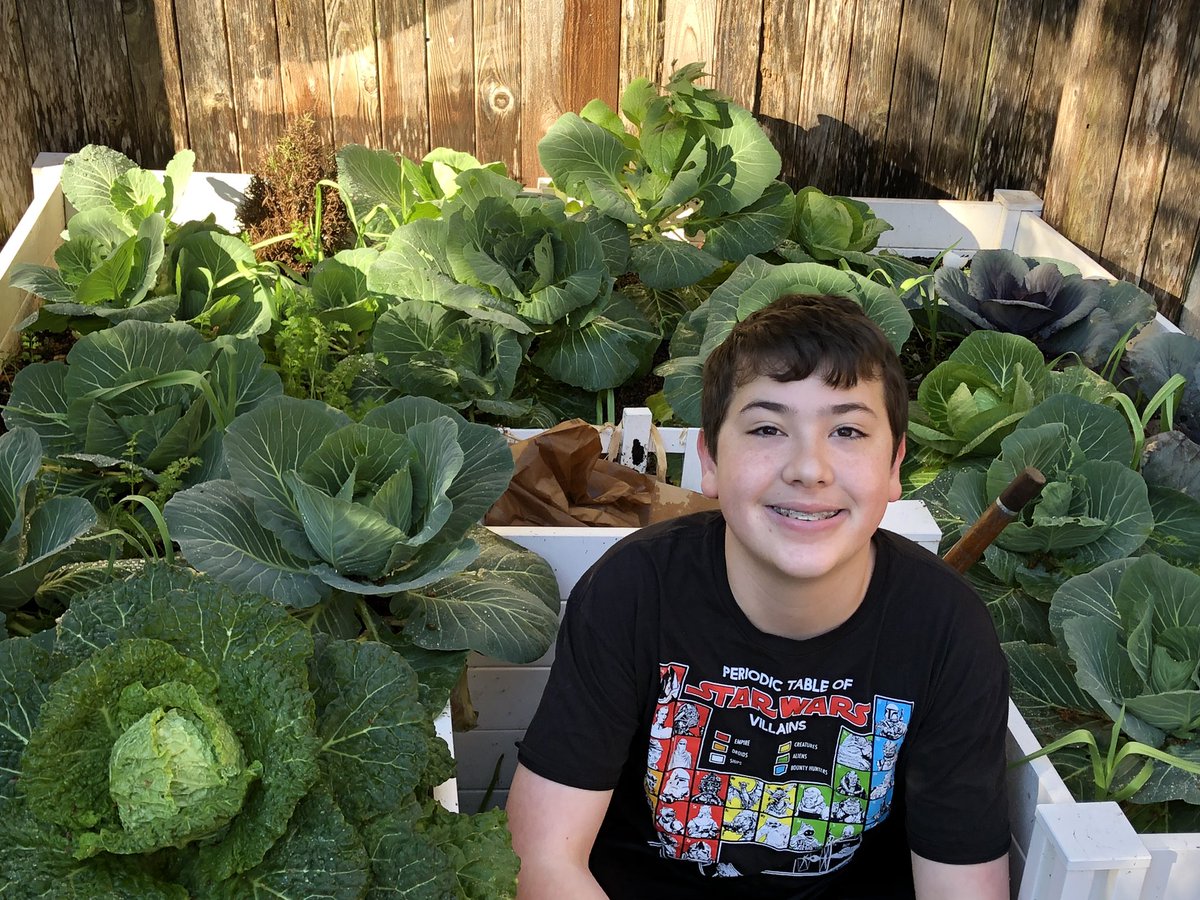