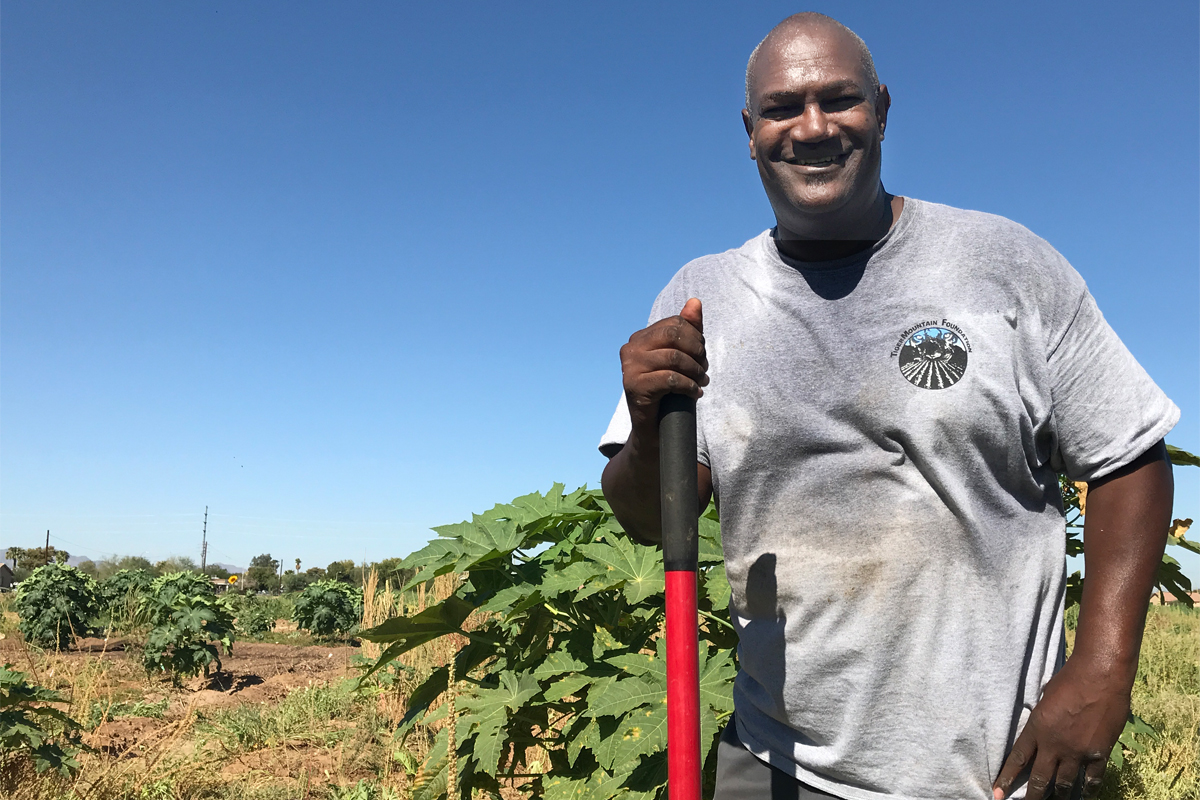 Incarcerated a total of eight times over 15 years, Darren Chapman sat in a maximum-security prison cell at age 25 and thought of happier times.

“I remember[ed] watching my grandfather trade collard greens and carrots with others and interacting with his community,” he says. “My dream as a little boy was to do the same; I wanted to work with others in the same community [of South Phoenix] where I grew up.”

After Chapman’s final release in 2005, he followed the example his grandfather had set and established TigerMountain Foundation (TMF), an organization that focuses on working the land and producing sustainable foods for the local economy, while also creating a sense of community.

“Community doesn’t happen unless people share something in common,” Chapman says. He felt that a community garden had the potential to bring people together around a singular goal and create “a classroom without walls and a place where people could feel proactive hope.”