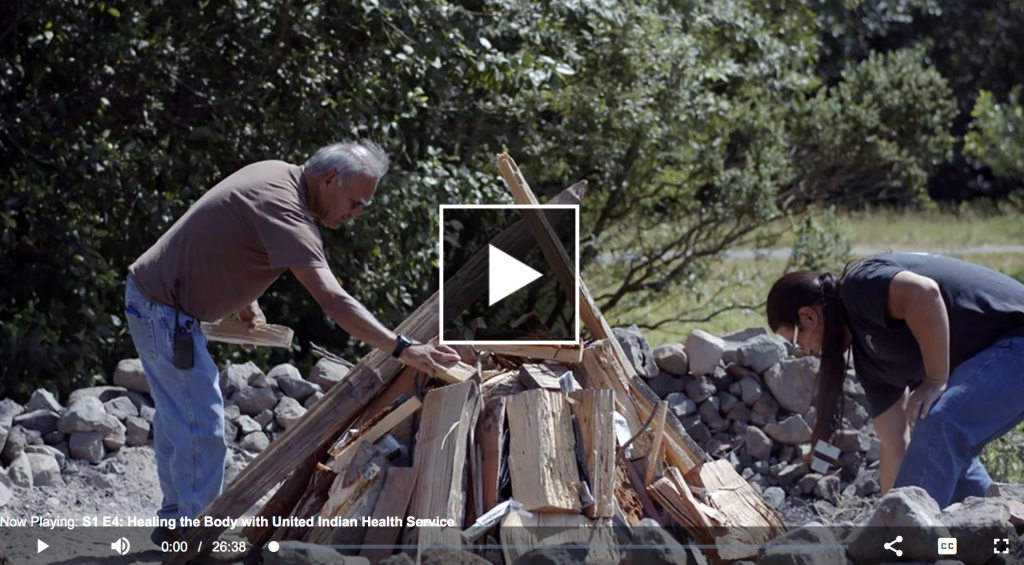 UIHS, an organization founded by a group of women in 1970, expanded from a small building in Weitchpec, CA to the 40-acre Village it manages today. When the board of directors purchased the land, which had been converted to cattle pasturage, they agreed with the city of Arcata to use 20 acres for the health village and restore 20 acres of land to its natural state. “The land itself called out and told us what needed to be done,” says Alme Allen, Karuk/Yurok, who works on land management at UIHS.

This aligned with the mission of the health agency, which serves the health and wellness needs of some 12,000 Native people in Northwestern California. “We could create what Native people wanted,” says Larsen. “With the agreement, we are able to eradicate the non-native plants and plant native plants in this area.”

The land now known as Ku’wah-dah-wilth Restoration Area includes plants used in basketry, one of the most important cultural activities of tribes in the region, as well as other culturally important plants. Ku’wah-dah-wilth is the Wiyot term for “comes back to life.” Endemic grasses, trees and bushes soon replaced the invasive species, and paths were created so people could wander the restored lands and refresh themselves — and, during gathering season, replenish weavers’ basket making an inventory.

In addition to plant species, Potawot also has a way of restoring people’s connection to the land. Ed Mata, Chumash, recalls his first involvement with Ku’wah-dah-wilth. “We collected and planted these trees in 1999,” says Mata, who at the time worked for California State Parks. The experience drew him back to Potawot a few years later, where he is now the head gardener. “I took classes and workshops in garden management” to master the job, he says.

WATCH THE VIDEO AT: “KCET.org“