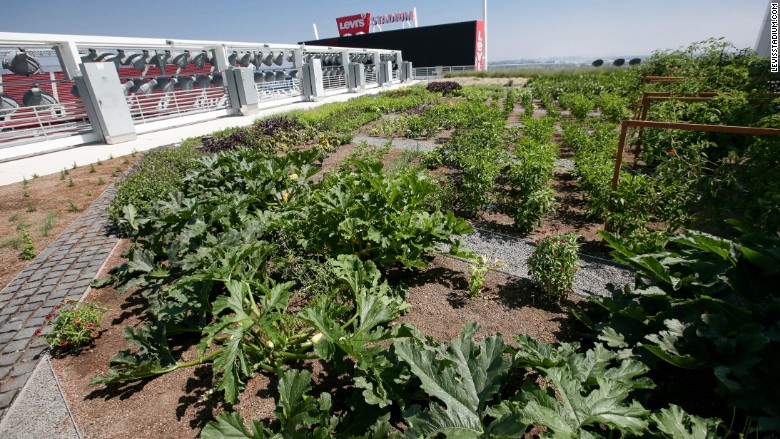 The home of the San Francisco 49ers has recently unveiled their new roof-top urban farm! The football stadium roof-top garden is expected to generate 150 pounds of fresh produce each week that will be used to cook up food items for club spaces and private events at the stadium

“The Faithful Farm, as it’s called, isn’t a small garden patch either. It occupies 4,000 square feet of the eco-friendly stadium’s 27,000-square-foot green roof, which features a variety of plants native to the Bay area. The roof also has solar panels used to generate renewable energy.”
They plan on growing over 40 different crops including things like zucchini, tomatoes, peppers, squash, eggplants and more. They’ll also include popular herbs like lavender, basil and sage.

To read the rest of the article, visit: “MoneyCNN.com“