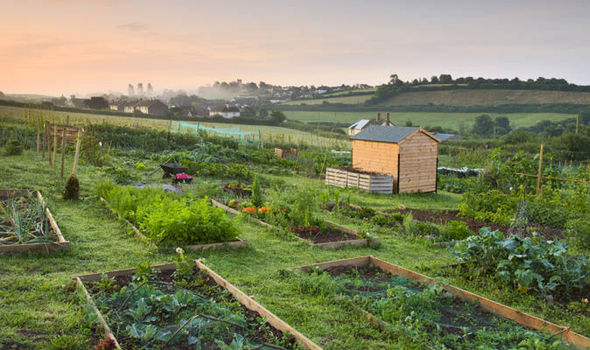 Not so much the eating of vegetables (though that certainly helps) but the growing of them.According to scientists from Essex and Westminster universities spending half an hour a week on an allotment results in an instant reduction in stress and fatigue, as well as boosting self-esteem, vigour and a general feeling of good health.They also found that allotment holders are less likely to be overweight, have more energy and are not so prone to anger, depression and anxiety.

In a study published in the Journal Of Public Health the authors say: “We found that fewer than 30 minutes of allotment gardening produces a measurable and beneficial health effect.”

None of this is news to anyone who has an allotment.

Whether it’s a pristine, award-winning mini farm producing perfect vegetables all year round, or a scrubby bit of dirt by the railway tracks yielding a bagful of runner beans and a couple of dozen potatoes every other autumn, the simple pleasures to be found on the plot go far beyond the act of actually growing anything.

My wife Heidi and I have had our allotment for 10 years.

When we moved to Oxford from London almost the first thing we did was join the waiting list for a plot in our local area of Osney. 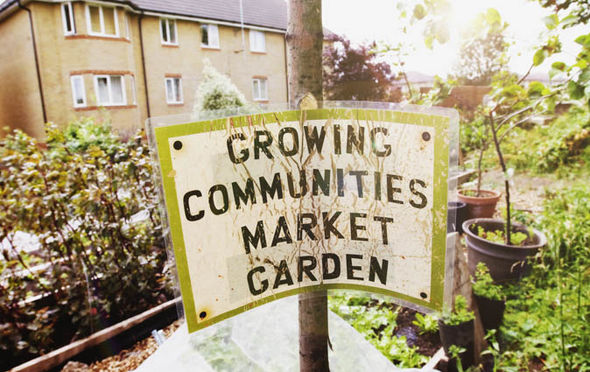 Since then we have had good years and bad. We have had summers when the tomatoes have been so large, juicy and plentiful that we have even made our own ketchup, and winters when we have lost everything under three feet of filthy flood water.We have had marrows grow as big as my arm and whole rows of potatoes lost to blight.There have been onion harvests that have kept us going till Christmas and a year when every single squash was eaten by a family of rats that had moved into our shed.

But whatever comes of the crop, the hours spent on our little patch have never felt wasted.

As one of the old boys from a few plots down told us (following the infamous potato blight incident): “That’s the beauty of nature. Every year you get to try it all over again.”

Because it really isn’t just about growing vegetables.

Sure, the plentiful years are amazing: strawberries, raspberries and blackberries by the bucketful, great fistfuls of runner beans picked and eaten within the hour, fat courgettes, shining red onions, tomatoes that burst in your mouth… and, of course, the sheer miracle of digging up potatoes.

Of all the harvests that must be my favorite. 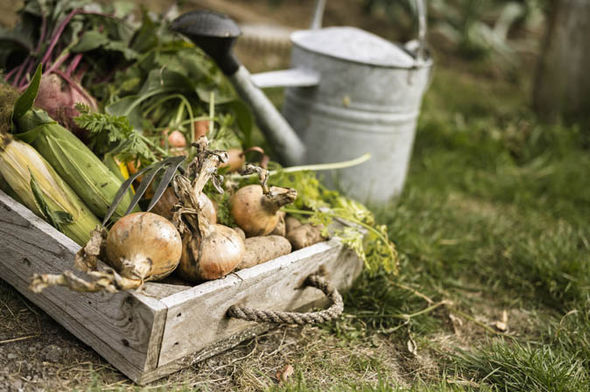 Every Good Friday you put a single potato in the ground – planting on that particular day being another pearl of ancient wisdom courtesy of the Osney allotment old boys and then come September, each one of them will have magically transformed into eight or so perfect new potatoes.Digging them up is like digging for treasure. But all of this just amounts to added value.The crop itself is a bonus.

They are retreats, sanctuaries and gyms.

And having an allotment isn’t just about growing a load of free food, they also give you your own personal trainer, therapist and priest.

As another wise man once said: “Life moves pretty fast. If you don’t stop and look around once in a while you could miss it.”

In a world of super fast broadband and 4G connectivity, where smartphones, social media and always-on email access mean we are used to having everything not only faster but instantly, the sheer bloody stubbornness of Mother Nature’s timekeeping comes as a blessed relief. 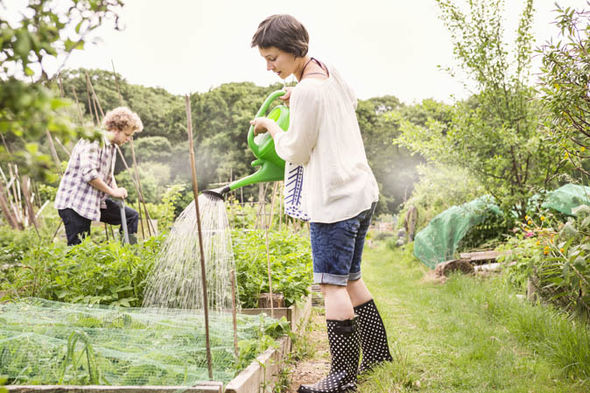 You can’t hurry the seasons. If you want potatoes in September you are just going to have to wait until Good Friday to plant them – and then wait again another five months or so for the miracle to work. Life moves pretty fast. If you don’t stop and look around once in a while you could miss it
Sure, strawberries might be available in shops for 365 days a year but round here you have got about six weeks in June and July to pick them and that’s your lot for another 11 months.Getting angry with a runner bean will not make it grow any faster or bigger.Stressing about the rain will not stop it coming down.

Weeds are going to grow whether you like it or not and in a dry summer you are going to have to schlep down to the plot to water your plants every evening no matter how inconvenient it might be.

What does all this teach you?

A sense of perspective.

The realization that, actually, most of the things that seem so important (delayed commuter trains, idiot co-workers, stupidly slow computers) don’t really matter at all – not when compared with nature.

Some years will give glorious harvests, others will be a washout.

There is nothing you can do about it except start all over again next time. 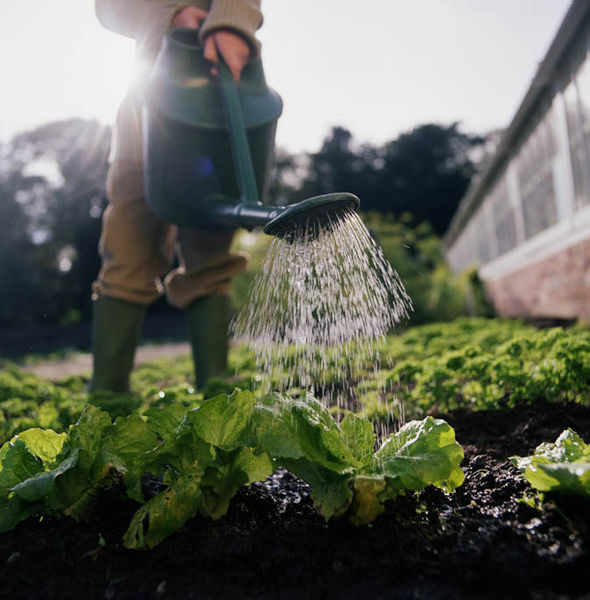 If the natural cycle of an allotment teaches you to step back and consider the importance (or otherwise) of your worldly stresses, then a solid half an hour spent digging up weeds gives you another kind of lesson.There is a mindlessness to digging that is comparable with praying or chanting.The sheer repetitive dullness of it – shovel in, soil turned, weeds removed, repeat – provides a kind of zen… and after a while, if you don’t exactly attain nirvana, you at least find yourself beautifully switched off, removed from the world.

You are no longer the stressed commuter, unhappy worker, frustrated family man.

And when you have finished digging, blink, shake your head and return to the real world, you are left with a clear and tangible sense of achievement.

Here is a beautiful loamy bed of rich soil where once was a tangled patch of weeds.

And here (in another six months) shall be the best butternut squash you have ever tasted.

Which only leaves the allotment as personal trainer.Essex and Westminster universities also found that the weekly workout that having an allotment provides has a demonstrable effect on physical as well as mental health.And in 2013 another study reported in the British Journal Of Sports Medicine concluded that allotment gardeners were not only less fat but also had a lower risk of heart attacks and strokes.

It makes sense: digging, weeding, planting and harvesting are all a form of exercise.

And they are all done outside in the fresh air, soaking up vitamin D from the sun.

Plus, allotment holders tend to get their five-a-day. When you have a bumper crop of fresh, organic, home-grown fruit and vegetables on tap, why on earth wouldn’t you?

An activity that helps you live longer and live happier and every now and then also gives you the means to make your own ketchup?They should give allotments out on the NHS.Or as Jonathan Swift put it in Gulliver’s Travels: “And he {the king of Brobdingnag} gave it for his opinion, ‘That whoever could make two ears of corn, or two blades of grass, to grow upon a spot of ground where only one grew before would deserve better of mankind, and do more essential service to his country than the whole race of politicians put together.