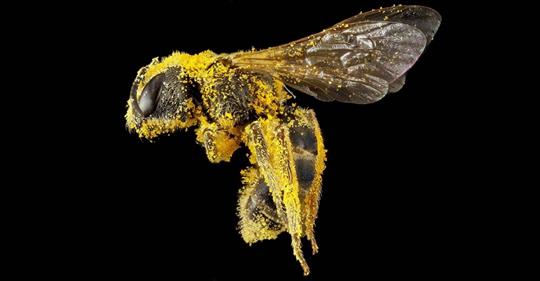 Its sting hurts a lot, but if they were to disappear, it would hurt much more.
The Earthwatch Institute concluded in the last debate of the Royal Geographical Society of London, that bees are the most important living being on the planet, however, scientists have also made an announcement: Bees have already entered into extinction risk.
Bees around the world have disappeared up to 90% according to recent studies, the reasons are different depending on the region, but among the main reasons are massive deforestation, lack of safe places for nests, lack of flowers, use uncontrolled pesticides, changes in soil, among others.
READ THE FULL STORY: https://science-andinfo.blogspot.com/2019/07/the-bee-is-declared-most-important.html?fbclid=IwAR0frEQxFO5NZKLT_yptRmkRdPoJfvR__bQVt21BtWzK-tZitZ6qQka_BSY