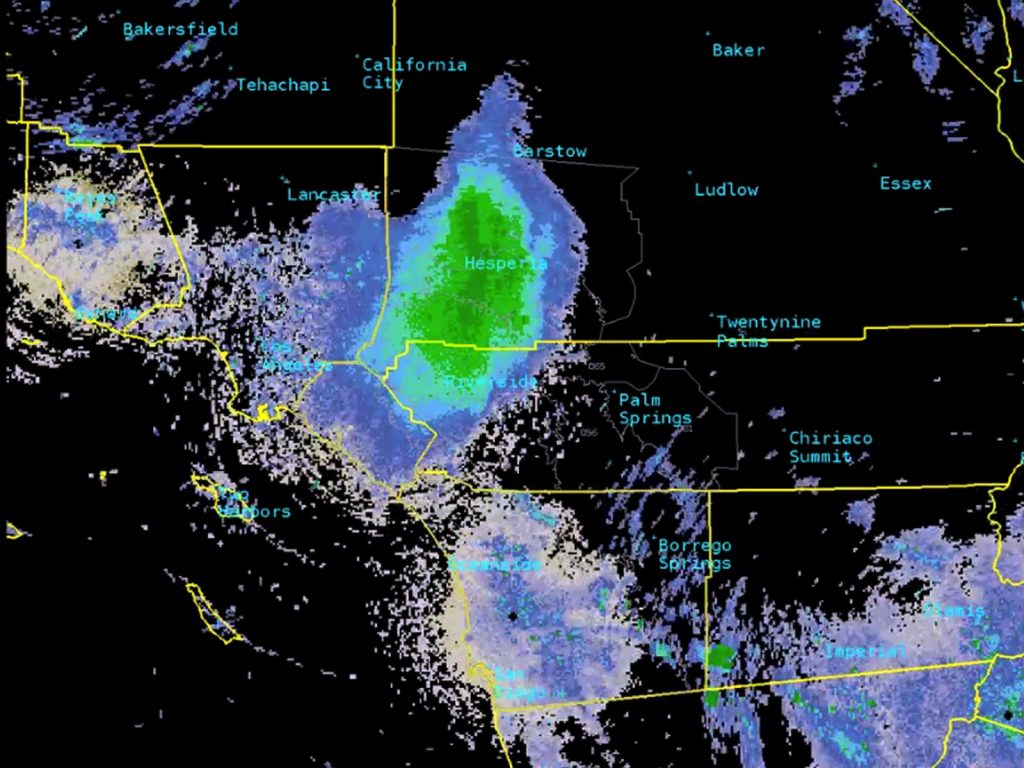 “It was very strange because it was a relatively clear day and we weren’t really expecting any rain or thunderstorms,” Casey Oswant, a NWS meteorologist in San Diego, tells NPR. “But on our radar, we were seeing something that indicated there was something out there.”

So the meteorologists called a weather spotter in Wrightwood, Calif., near the blob’s location in San Bernardino County. Oswant says the spotter told them the mysterious cloud was actually a giant swarm of ladybugs.

The phenomenon is known as a ladybug “bloom,” and while this one appears particularly large, Oswant says it’s not the first time local meteorologists have spotted the beetles.”