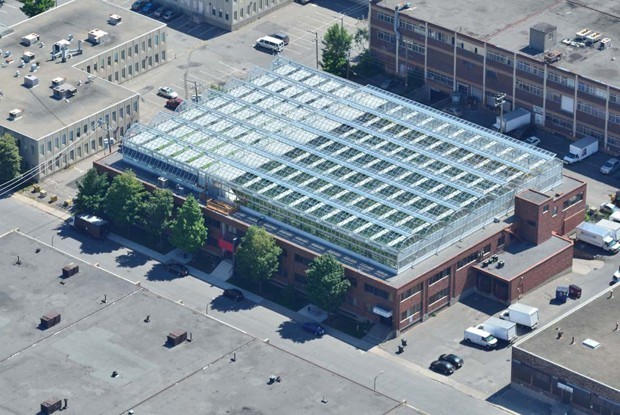 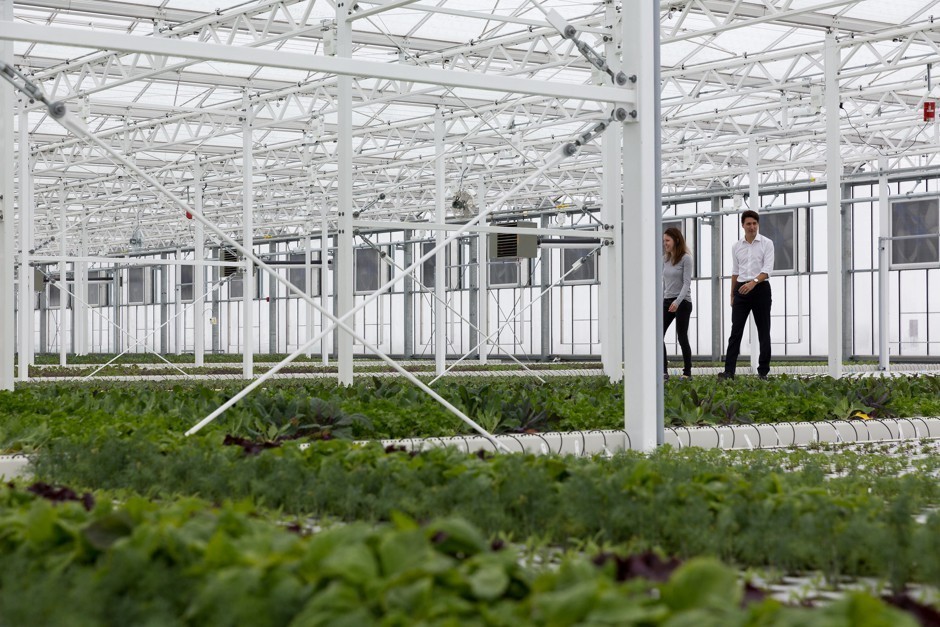 “Canadians have grown accustomed to seeing Prime Minister Justin Trudeau pop up in unlikely photos, sometimes shirtless or in athletic gear. But Trudeau was wearing a suit for a planned photo op when he toured Lufa Farms, a 63,000-square-foot rooftop greenhouse in Montreal, last March. During his visit, Trudeau took a moment to harvest a bag of greens for his family.

One of Canada’s largest urban farming projects, Lufa Farms is the brainchild of Mohamed Hage and Lauren Rathmell. Back in 2011, Hage and Rathmell—partners in business and life—opened the world’s first commercial rooftop greenhouse, a 31,000-square-foot space atop an old Montreal warehouse. They now oversee three hydroponic greenhouses, each placed on a sturdy, low-rise building, with a combined 138,000 square feet.”