“Living with the Land (originally Listen to the Land) is a log flume tour ride located within The Land pavilion which is part of Epcot theme park in Walt Disney World Resort at Lake Buena Vista, Florida. It is a slow-moving boat ride, which is part dark ride and part greenhouse tour. The focus of the ride is on agriculture, especially new technology to make agriculture more efficient and environmentally friendly.” –Behind The Seeds 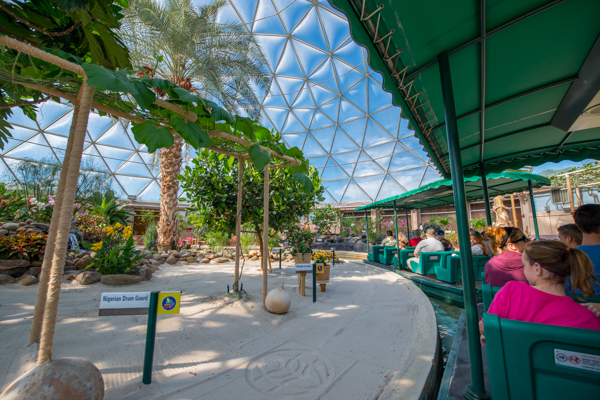 String Greenhouse (formerly the Production Greenhouse) – This greenhouse focuses on innovative high-density techniques, such as Nutrient film technique. It also shows off “vertical growing techniques”, in which plants are grown on specialized trellises which cause the herbaceous plants to approximate the shape and structure of trees.

One of the most famous examples of these trees is The Land’s “tomato tree”, which produced over 32,000 tomatoes in a 16-month period. It was recognized by Guinness World Records as both the largest and most productive tomato plant in the world. Other crops include eggplant, peppers, winged bean, lettuce and snake gourd. Furthermore, cucumbers and pumpkins are grown in the shape of Mickey Mouse through the use of special molds. Much of the produce grown in the String Greenhouse is used in The Garden Grill and Sunshine Seasons, both restaurants in The Land pavilion. In total, over 30 tons of produce are harvested from The Land each year. 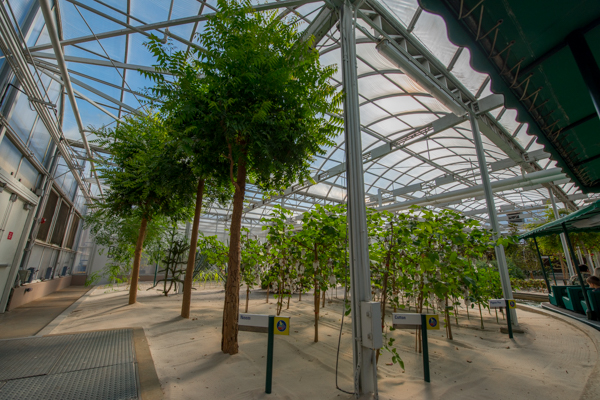 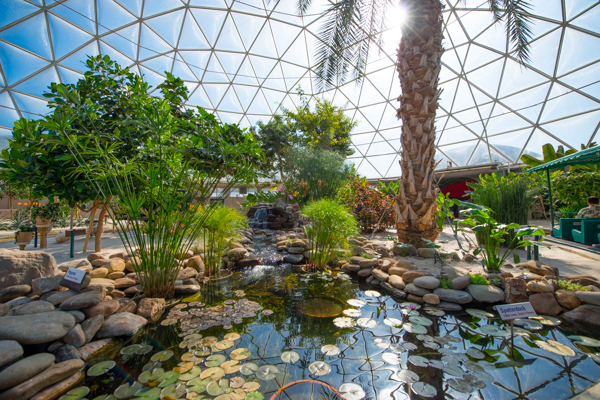 Creative Greenhouse – The final greenhouse in the attraction shows some unusual ideas about the future of agriculture. Most of the plants in Creative House are grown via Aeroponics, in which a fine mist of water and nutrients is sprayed directly onto the roots of the plants. The roots dangle freely in the air, and are not hindered by any growing medium. Some of the plants’ roots in Creative House are enclosed within rotating columns and A-frame structures, while others are completely exposed to the open air, at least temporarily, so the entire plant may be viewed by the Guests on the boat ride. Creative House also features a small exhibit of NASA hydroponic growing units, which were developed for use on extended-length space journeys. Crops on display include tomato, squash, lettuce, basil, rosemary, cabbage, super-dwarf wheat, swiss chard, marigold and snapdragon. 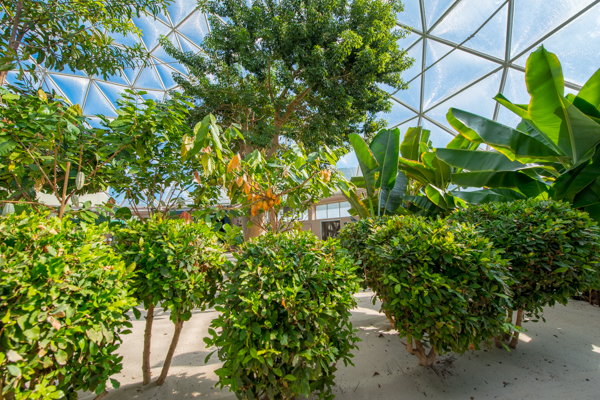 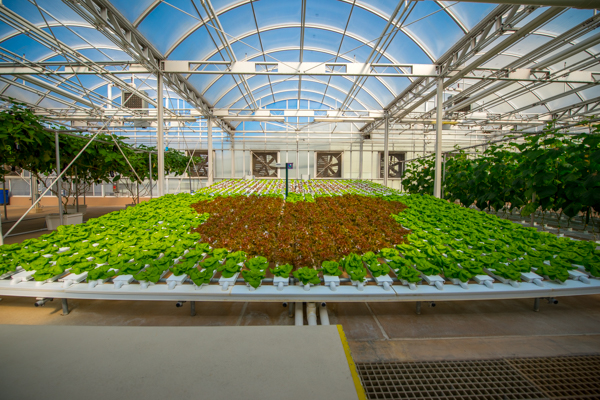