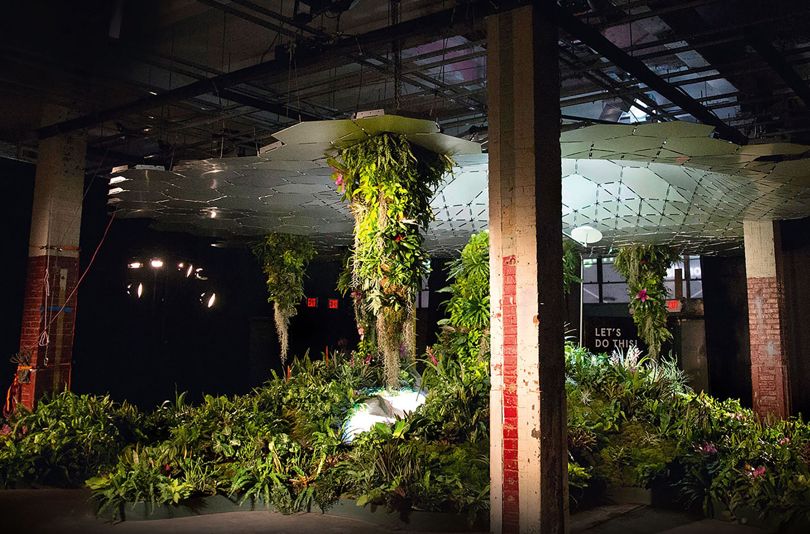 “What do you do once you’ve built a 450-square-metre underground park? If you’re Daniel Barasch and James Ramsey, you make it 100 times bigger. In October 2015, ex-Googler Barasch and former Nasa satellite engineer Ramsey, both 39, raised $223,506 (£170,000) on Kickstarter and took over a downtown warehouse in New York City to create the indoor Lowline Lab.”

So far there’s been over 75,000 visitors and have plans to upgrade, moving across the street taking up an additional 4,000 square meters of subterranean space.

“The Lowline’s skylight system uses external Sun-tracking parabolic dishes to gather and concentrate sunlight to 30 times its regular intensity. Internal optics filter out the hot rays, and the incoming sunlight is then distributed in a modulated way, to suit the vegetation – including exotic plants, mosses and hops. “Tropical species do best, but flowering varieties have also done very well,” says Barasch.”

Read the entire article at: “Wired.Co.Uk“